Doran was leading the World RX crews overnight after his heat two win but his team-mate Solberg clawed to the top of the Intermediate Classification by winning heats three and four.  Round one winner Johan Kristoffersson is currently fourth despite losing time with two punctures in heat two and an impact with Team Peugeot-Hansen’s Davy Jeanney in today’s closing race. 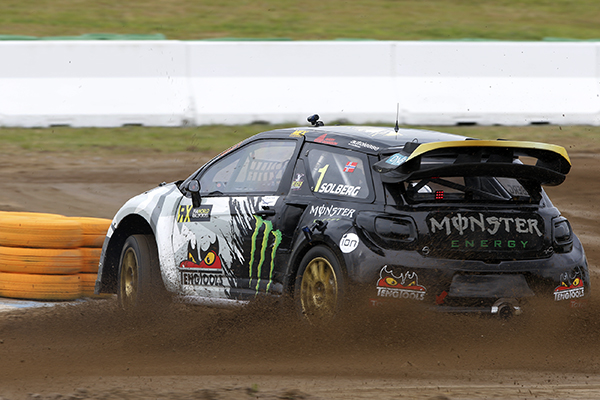 “It’s been a fantastic day for us with two heat wins, a track record and 16 World Championship points,” grinned Solberg, who put on a fantastic show for the thousands of fans who watched the thrilling RX action at the famed Sachs Arena inside the F1 venue. “It didn’t get off to the best start for us yesterday but then everything has been getting better and better. I think we put on a good show for the DTM fans too, theylove the rallycross action and have been saying how exciting the racing is!” 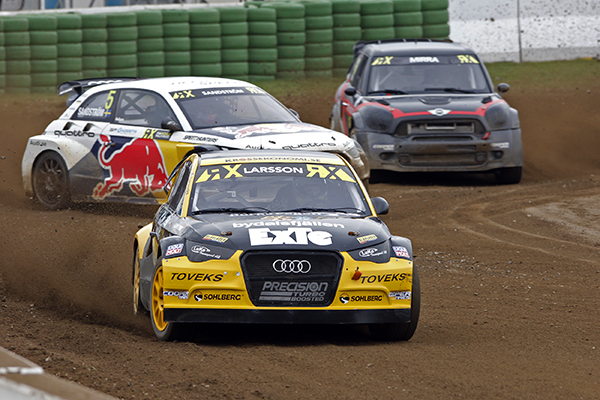 Wildcard entrant Tanner Foust is currently fifth after the American Top Gear presenter set two top five heat times, while Team Peugeot-Hansen’s Davy Jeanney is sixth in the Peugeot 208 WRX Supercar.  The top 16 drivers at the end of four heats score points but only the top 12 progress into tomorrow’s semi-finals. 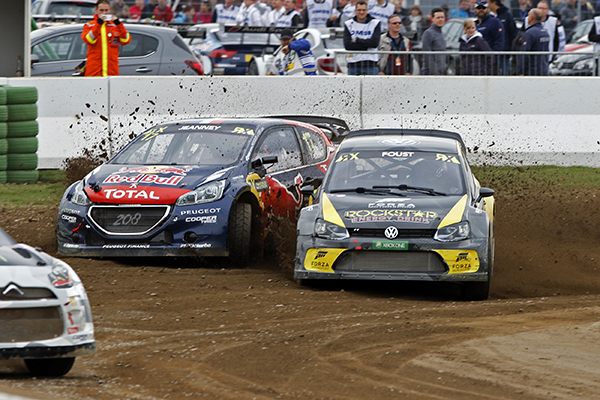 Solberg and Doran will line up on the front row of tomorrow’s first semi-final with Foust and Andreas Bakkerud on the second row.  Marklund Motorsport team-mates Topi Heikkinen and PG Andersson will line up on the back row.  Semi-final two will see Nitiss and Kristoffersson start from the front line with Jeanney and Robin Larsson on the second row.  Tord Linnerud and Timmy Hansen will start from the back of the grid. 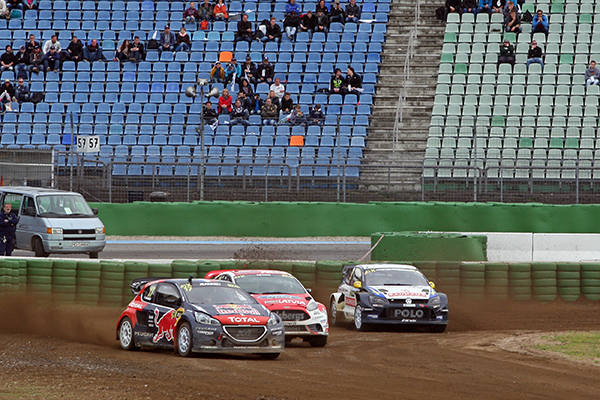 Timur Timerzyanov was on course for a semi-final position but stunned the crowds when the Russian flipped his Namus Olsbergs prepared Ford Fiesta. He managed to get it back on four wheels and finish the race.  Timerzyanov took up the story: “The guys asked me to be tighter into the corner, but I went too tight and rolled the car. They asked on the radio if the car could drive and it did, so I just continued to drive as fast as possible.” 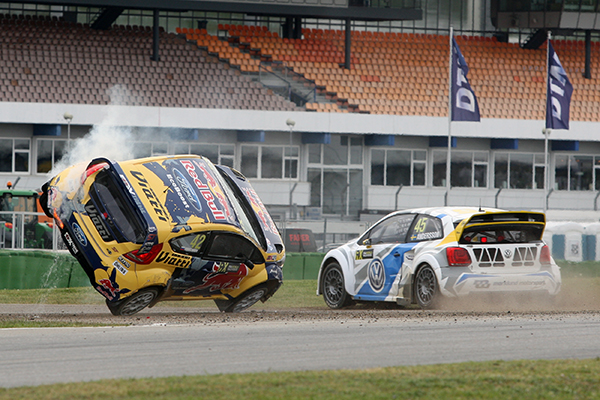 Tomorrow’s semi-finals will commence at 11.40am local time with the final scheduled for 12.10pm.  The end of event press conference will run at 12.45pm before the closing races in DTM, Formula 3 and the Porsche Carrera Cup in the afternoon.