Norway’s Petter Solberg took a lights-to-flag victory at the first ever World RX of Hockenheim, round two of the FIA World Rallycross Championship presented by Monster Energy, which was attended by over 75,000 people this weekend. Ford Olsbergs MSE driver Reinis Nitiss took the runners-up spot and Team Peugeot-Hansen’s Timmy Hansen finished third. 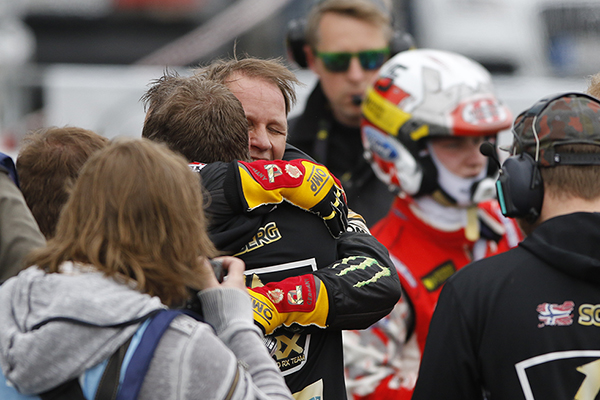 Joining the highly-acclaimed DTM series, World RX made its debut at the iconic F1 venue this weekend as a purpose-built rallycross circuit was constructed inside the famous Sachs Arena.  SDRX had a strong outing as Britain’s Liam Doran led after heat two, while Solberg went on to win heats three and four, the semi-final and the all-important final.  He now leads the overall World RX Drivers’ Championship by 15 points. SDRX lead Ford Olsbergs MSE in the Teams’ Championship by three points and have a total of 74 points. Peugeot-Hansen lie third with 65 points.

“I love big fights and tough competitions and that’s why I love rallycross,” confirmed Solberg who received a standing ovation alongside his fellow World RX finalists as the DTM fans showed their appreciation for the FIA’s newest World Championship.  He was also awarded the Monster Energy Super Charge Award for his rapid start off the line and a Rebellion Timepieces Wraith Drive Rallycross watch for his win.

Solberg continued: “The fans seemed to love rallycross and it’s been great to be in Hockenheim alongside DTM this weekend, it’s been very well organised.  It’s not been an easy weekend:  we had a bad start on Friday, there was little grip off the line and then I had a puncture in the semi-final.  I had two choices going into Saturday: one was to go fast or the second was to go very fast – I went for the second option! I know everybody says this but my win is credit to the team.  They are fantastic and I wouldn’t be here without them.”

Runner-up Nitiss was a model of consistency this weekend as the 19-year-old posted a series of top five times during the heats and was placed second at the Intermediate Classification.  “I am very happy, we are getting closer and closer to Petter all the time, but I guess that he has been in cars for longer than I have been alive,” joked the 19-year-old Latvian. 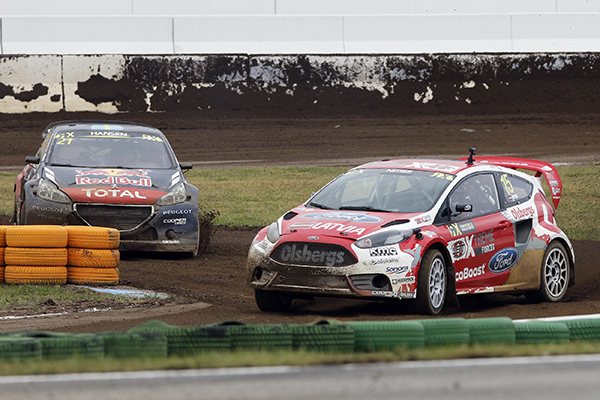 Team Peugeot-Hansen continued its podium-winning streak as team-mate Timmy Hansen finished third in the Peugeot 208 WRX Supercar. The 22-year-old Swede qualified 12th after the Intermediate Classification and despite starting on the back grid for his semi and the final, the driver showed tremendous pace to earn a podium spot.  Hansen took up the story: “I was feeling lost at the end of yesterday as something didn’t feel right but my family and team kept me going.  Today I woke up and felt different – we found a very good strategy and the start was unbelievable. I really pushed behind the wheel and it paid off. I’m feeling very emotional.” 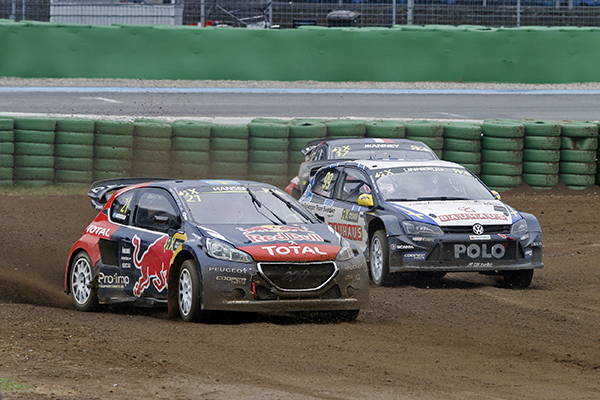 Joining Solberg, Nitiss and Hansen in today’s final was Marklund Motorsport’s Topi Heikkinen, last year’s FIA European Rallycross Champion Robin Larsson and Ford Olsbergs MSE driver Andreas Bakkerud.  Larsson got off to a promising start but dropped behind Hansen after taking the Joker on the final lap and making contact with Hansen and Heikkinen.  He failed to finish while Heikkinen secured fourth place.  Bakkerud retired on lap three after the Norwegian broke his car’s front suspension. 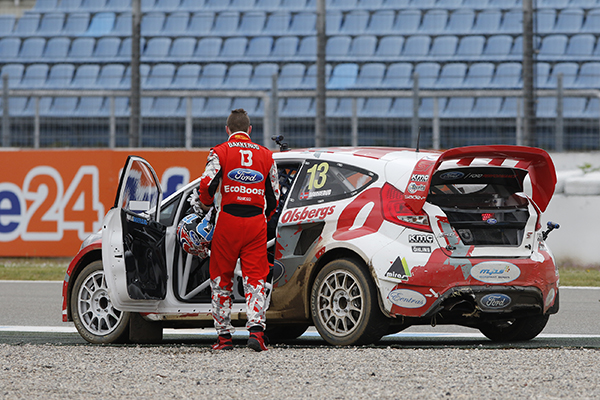 It was a difficult weekend for EKS as GT racer Edward Sandstrom narrowly missed out on a semi-final spot after qualifying 13th. After being disqualified from heat two, team-mate Anton Marklund was unable to make up for lost time and qualified 20th at Intermediate Classification. The weekend didn’t end so badly for EKS team boss Mattias Ekstrom, however, as the talented Swede took a DTM race win. 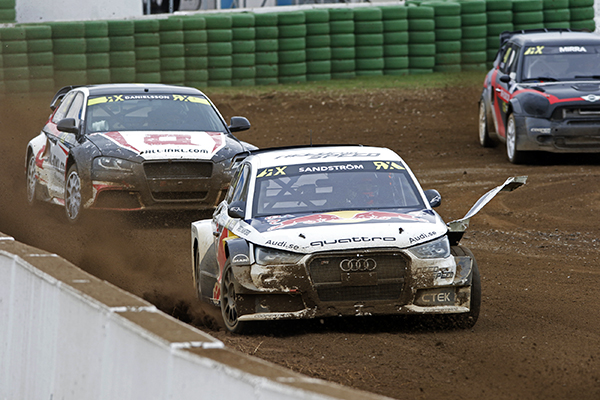 Elsewhere, JRM Racing team boss James Rumsey declared he was pleased with the British team’s World RX debut with a pair of MINI RX Supercars driven by Americans, Danny Way and Dave Mirra.  Rumsey explained: “Considering this is our first-ever World RX event, I think we can be proud of how the car and drivers performed and the pace that we showed out of the box. We’re not concerned that we just missed on out the semi-finals. The prize for us was gathering lots of valuable data that we can take back to the JRM factory and use to good effect in our World RX development programme.” 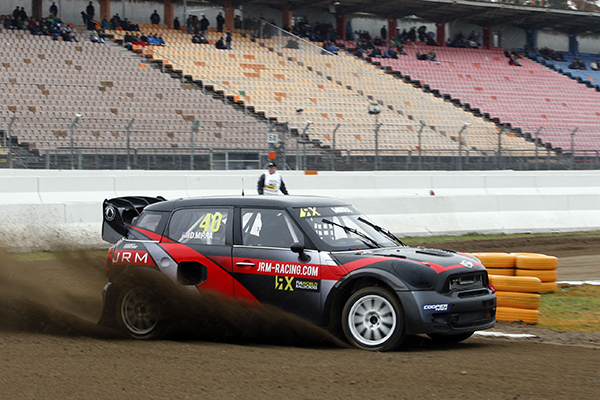 World RX Managing Director for IMG, Martin Anayi, concluded: “It’s been an honour to join DTM at their season-opening race at Hockenheim this weekend where our drivers did a fantastic job of showcasing the exciting bumper-to-bumper race action we so frequently see in rallycross. The sound of our 600bhp Supercars inside the Sachs Arena was incredible and the cheers from the stadium showed just how much the crowds were enjoying the action. After dominating the final, Petter thoroughly deserves his win and it’s great to see three marques – Citroen, Ford and Peugeot – on the podium thanks to Reinis and Timmy’s sterling efforts.  On behalf of WME|IMG, I’d like to thank ITR for their warm welcome this weekend and we look forward to developing our multi-year partnership in the years to follow.”

After two back-to-back events, the World RX crews will now have a short break before they prepare for round three at Mettet in Belgium from 23-24 May. The Belgian RX round will also form the opening round of the FIA European Rallycross Championship and will see a total of 39 Supercars take part.