Wilks will drive one of JRM’s 1.6-litre MINI RX Supercars at the Kent-based circuit and the event will mark his debut in the FIA’s newest World Championship.  Meanwhile Binks and Scott will pilot two Peugeot 208 RX Supercars for Scottish-based team Albatec Racing.

“Rallycross is a sport that’s really going places and I see it as the next chapter in my career,” said 34-year-old Wilks. “As a driver that’s had a successful career rallying, I know I have the skills and experience to make an impression in rallycross. Joining the JRM Racing team at Lydden Hill is an exciting opportunity for me to take my first steps in rallycross and being part of an all-British line-up at Britain’s only round of the World RX series will be a proud moment as well.” 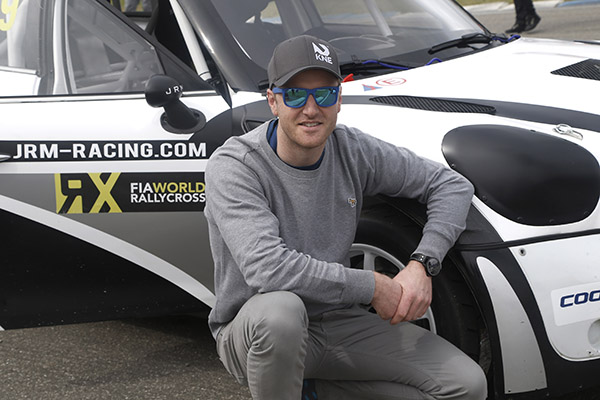 JRM Racing Team Principle, James Rumsey, added: “Guy’s motorsport pedigree is undisputed and we won the British Rally Championship together in 2008. I have no doubt he’ll adapt to the requirements of rallycross quickly and successfully. He’s excited about seeing what he can do in the MINI RX and the feedback that he will give us as we test before the race weekend and at Lydden itself will be a massive benefit as we continue the development of the car and ultimately make it even more competitive in World RX.”

David Binks, Albatec Racing driver, said: “It’s great to be getting back behind the wheel again in World RX with Albatec, we ran last year in France and had a few little issues with driver and car!  But after being out of the sport for two years it was great to be back. With the updates on the Albatec Racing 208 RX for 2015, I am excited to be climbing back on board to see how it goes at a track I cut my teeth on throughout my early years of rallycross.”