Petter Solberg has won the Motorsport News World RX of Great Britain, round four of the FIA World Rallycross Championship presented by Monster Energy, and extends his lead in the overall Drivers’ Standings over Johan Kristoffersson to 29 points. Mattias Ekstrom finished second, a mere 0.4 seconds behind Solberg to take the runner-up spot. Volkswagen Team Sweden’s Johan Kristoffersson rounded off the top three.

Ticket sales for this year’s British RX event increased by 20% compared to 2014 as fans descended in their thousands to the Lydden Hill race circuit in Kent to watch 29 Supercars, 18 TouringCars and 12 RX Lites battle it out over two full days of racing. Solberg won the first two heats while Britain’s Andrew Jordan, who was entered as a wildcard entry for Team Peugeot-Hansen this weekend, posted the fastest time during heat three. Heat four was won by Ekstrom at the wheel of his Audi S1 EKS RX Quattro.

“It’s been a fantastic weekend: good weather, a lot of people, a fantastic atmosphere and some really close racing,” grinned race winner Solberg, who also wins a Rebellion Timepieces Wraith Drive Rallycross watch plus the coveted Monster Energy Super Charge Award for being quickest off the line during the final. “We had some issues with the car’s engine this morning but everything was working well for the semis and then I just pushed really hard in the final.  I pushed so hard that I even got a puncture on the last corner, I was driving at my limit! A lot of my mechanics are English, which makes this win at Lydden even more special – not just for me, but for the whole team.” 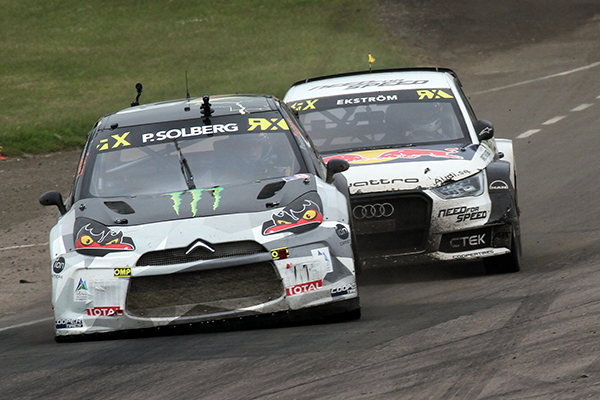 Runner-up Ekstrom added: “I had really good pace all weekend and was just a car length from beating Petter in the final.  It was close racing, that’s for sure, but that’s what rallycross is about – sometimes you win, sometimes you lose.” 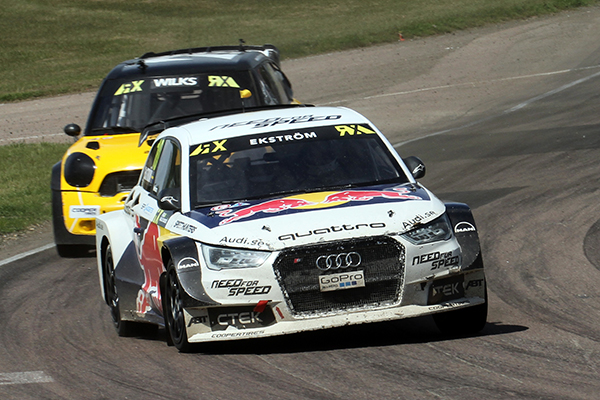 Third-placed Kristoffersson had cause for a double celebration after becoming a father for the first time this morning. “It’s certainly been an emotional day,” explained the 21-year-old, “but back to the racing, I really didn’t expect to be here today. We were P13 in free practice yesterday because I just couldn’t find the pace.  I adjusted my driving style for today and then had a good start in the final but Petter was just so quick! We had a really nice fight but I have to say P3 is fantastic for the Championship so I’m really happy.”

Last year’s Lydden Hill winner Andreas Bakkerud finished fourth this time round. The Ford Olsbergs MSE driver struggled in yesterday’s heats but returned to form today after setting two top three heat times and finishing second in semi-final two.  The Norwegian lined up alongside Kristofferson on row two of today’s final and went on to finish 1.3 seconds ahead of his OMSE team-mate Reinis Nitiss.

Arguably the most impressive drive of the weekend, however, was that of Guy Wilks who reached the final on his debut in World RX.  Wilks, who was piloting a striking yellow-liveried MINI RX Supercar prepared by British team JRM Racing, had only tested the car once before racing against the world’s best rallycross drivers. “My aim was a spot in the semis but to have made the finals is amazing and so much more than I expected,” explained the 34-year-old Englishman. “I got a front-left puncture coming over the jump at the end of the Joker and I knew it was over for us then but as I said I’m really happy to have got this far.” 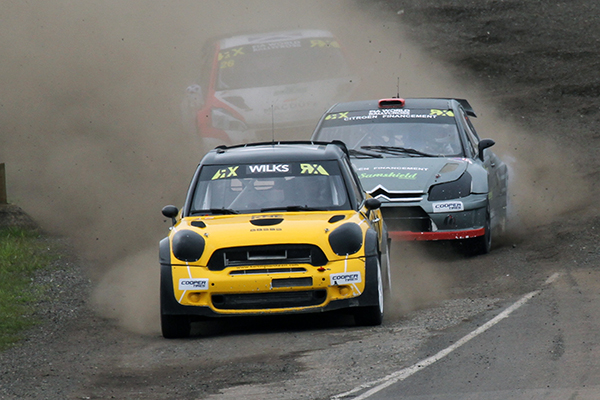 Elsewhere, it was a difficult day for Marklund Motorsport as PG Andersson, Topi Heikkinen and Tanner Foust who all suffered problems and failed to make it into the final 12. Timur Timerzyanov spun in heat three and missed a semi-final spot as did Liam Doran, who had a good race with SDRX team-mate Petter Solberg in heat four. 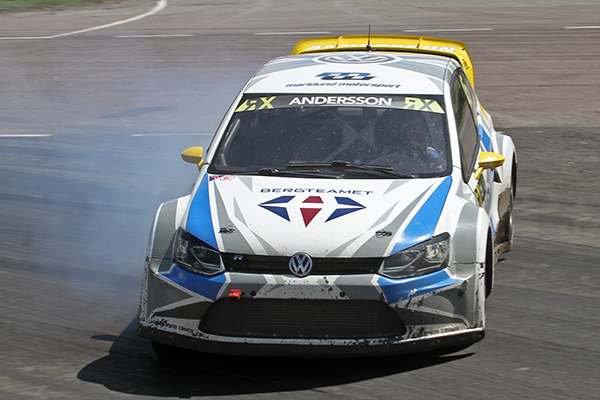 In the highly competitive RX Lites, which saw a total of 12 entries this weekend, it was an extremely close battle between round one winner Kevin Eriksson and rising star, Kevin Hansen.  A final lap tussle saw Hansen take the win over Eriksson by just 0.8 seconds. Thomas Bryntesson – who was leading the RX Lites going into day two – took the third podium spot. 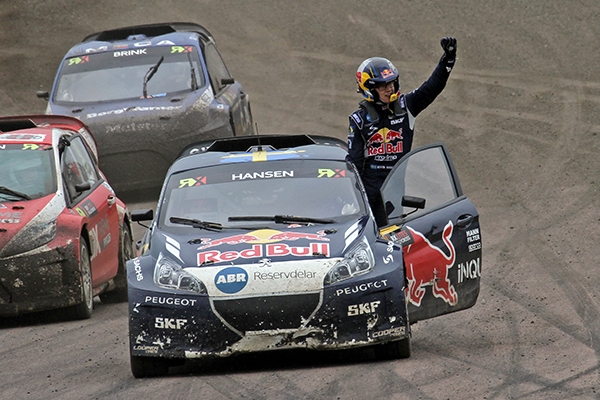 Sweden’s Fredrik Salsten won the second round of TouringCar after finishing three seconds ahead of Ben-Philip Gunderson. Female driver Camilla Antonsen rounded off the top three after an impressive drive in her Fiesta. Last year’s TouringCar Champion Daniel Lundh was fourth, while 16-year-old lady driver Magda Andersson rounded off the top five.