It was a dream weekend for Team Peugeot-Hansen as team-mates Timmy Hansen and Davy Jeanney secured a one-two at the NAF World RX of Norway, round eight of the FIA World Rallycross Championship presented by Monster Energy.

Hansen’s emphatic win is the fourth podium in a row for the Swedish-based squad and has pushed Peugeot-Hansen to the top of the Teams’ Championship.  Third place was taken by independent driver Robin Larsson in his Larsson Jernberg Racing Audi A1 Supercar. 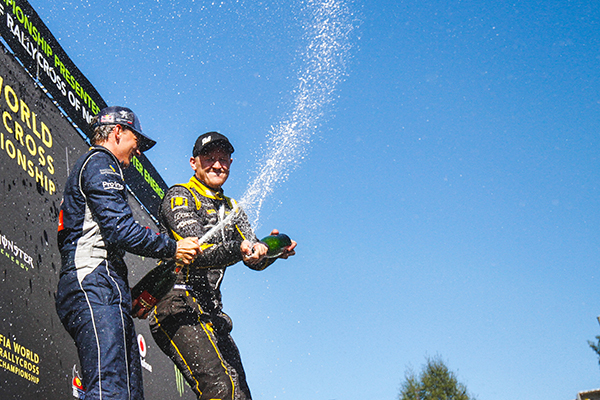 Running alongside World RX this weekend was the third round of the FIA European Rallycross Championship (Euro RX), where home favourite Tommy Rustad took the victory in his Marklund Motorsport run VW Polo RX Supercar.  Joni-Pekka Rajala finished runner-up in a Per Eklund Motorsport run Saab 9-3, with Latvia’s Janis Baumanis third in a Peugeot 208.  Albatec Racing’s Jerome Grosset-Janin was fourth and drops behind Rustad in the overall Euro RX standings with two rounds remaining (Barcelona and Italy). Meanwhile, Sweden’s Fredrik Salsten was crowned the 2015 TouringCar Champion.

“Finally I have another win! I’ve been wanting this for a long time,” beamed Hell RX winner Timmy Hansen who was also awarded with a limited edition Rebellion Timepieces Wraith Drive Rallycross watch.  “The car has been flying all weekend and I am really, really enjoying driving the 208 at the moment.  We played safe tactics throughout the heats and had a good tyre strategy going into the semis – the team has been very supportive once again.  We are just getting better each weekend and now I can’t wait for Loheac because it is one of my favourite circuits and is of course home for both Peugeot and Davy.”

Fellow podium finisher Larsson was just as delighted as Hansen to be on the podium.  “For two years I have had nothing but bad luck in Hell so it’s great to finish third. I’ve been struggling this season, the two previous races in Canada and Sweden were a nightmare for me.  This weekend we were consistent in the heats and kept everything clean.  We were on the last row for the semi-final and I didn’t have much to lose so I just pushed and kept everything tidy.  I can’t thank my team enough – they have worked so hard and they deserve this,” he said. 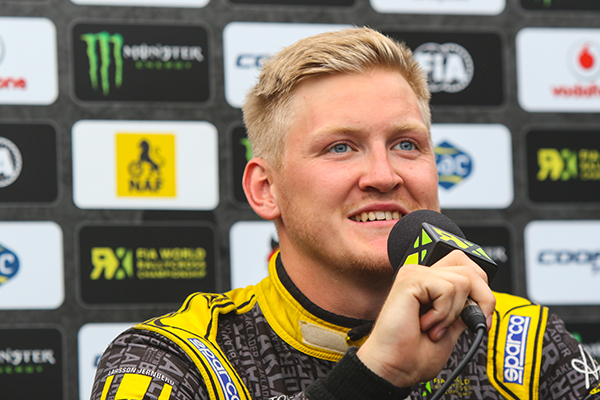 ALL-INKL.COM Muennich Motorsport’s Alx Danielsson had his best result of the year so far in fourth place. “When I went to the first round in Portugal, I hadn’t driven a rallycross car ever, and I hadn’t been to a rallycross track ever. I had only watched it on TV – I was very new to it. It took some getting used to of course and we’ve been developing the car. The pace this weekend has been really good, this is a big day for me.” 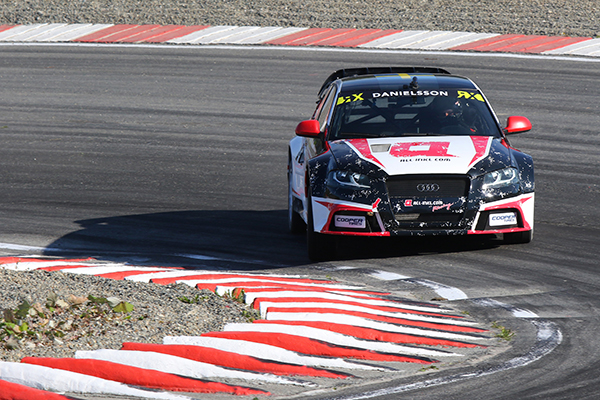 Rounding out the top five was former WRC driver PG Andersson at the wheel of his Marklund Motorsport run Polo RX Supercar.  Despite not finishing on the podium due to a front-left puncture, the Swede took comfort after being rewarded with the Monster Energy Super Charge Award for leading the pack to turn one.

Russia’s Timur Timerzyanov had a dramatic day and rolled his Olsbergs MSE prepared Ford Fiesta during the semi-finals but managed to recover and finish third and to secure a spot in the final.  The team worked frantically and managed to get the car to the grid for the final, but Timerzyanov was forced to retire on the second lap.

Reigning World RX Champion Petter Solberg, Ford Olsbergs MSE’s Andreas Bakkerud and Reinis Nitiss plus EKS team-mates Anton Marklund and Mattias Ekstrom made it through to the semi-finals but all five failed to make the final.  Bakkerud made contact with Solberg in the second semi-final and was forced to retire when the front wheel came clean off his car in the penultimate lap. Solberg and Bakkerud finished seventh and 11th respectively. 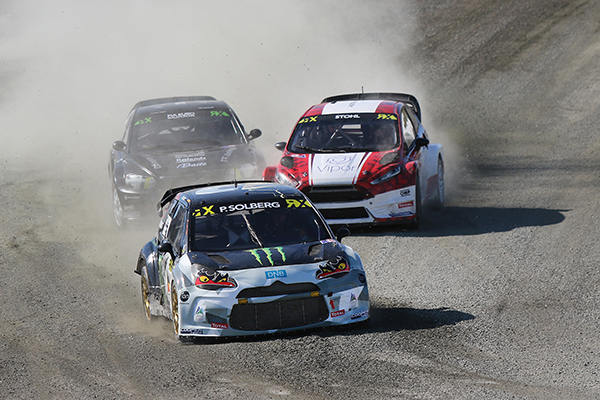 Meanwhile, a front-left puncture for EKS driver Ekstrom slowed the Sweden RX winner during the same race and left him classified 12th overall. Team-mate Anton Marklund was close to reaching his first ever final with the team but a small mistake cost the Swede crucial time. He finished the event in eighth place.

Team Volkswagen Sweden’s Johan Kristoffersson qualified 12th at the Intermediate Classification stage but failed to start his semi-final after the team were unable to get his car ready on time.   Team-mate Tord Linnerud finished 15th overall.