British Formula One stars Jenson Button and David Coulthard today visited Lydden Hill – home to the British round of the FIA World Rallycross Championship presented by Monster Energy – as both drivers tested a pair of Supercars as part of a BBC F1 feature which will be aired later this year.  Button, whose father John competed in rallycross in the 1970s, spoke of an “unbelievable experience” while Coulthard acknowledged the huge talent of World RX drivers.

Button took a trip down memory lane as he took to the wheel of a 1974 VW Beetle – similar to the car that his late father used to race in the British Rallycross Championship. He later swapped to drive a JRM Racing prepared MINI RX Supercar while 13-time Grand Prix winner David Coulthard took to the track in the Citroen DS3 RX Supercar that Britain’s Liam Doran currently uses in World RX. 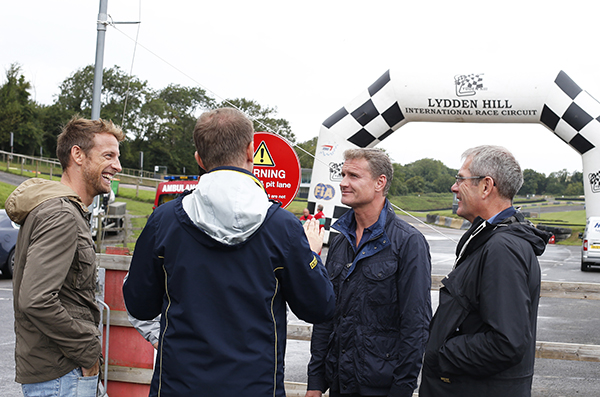 “Today has been a mega experience and completely different to what I am used to,” grinned Button after jumping out of the JRM MINI. “You need a huge amount of skill to drive these cars – on your own it’s scary enough, never mind going up against another four or five other drivers!  World RX is an exciting Championship and it’s great to see the sport growing again like it was in the eighties both in the British and on the world scene. Everybody racing in single-seaters or in circuit racing regards rallycross as very professional and a lot of fun.” 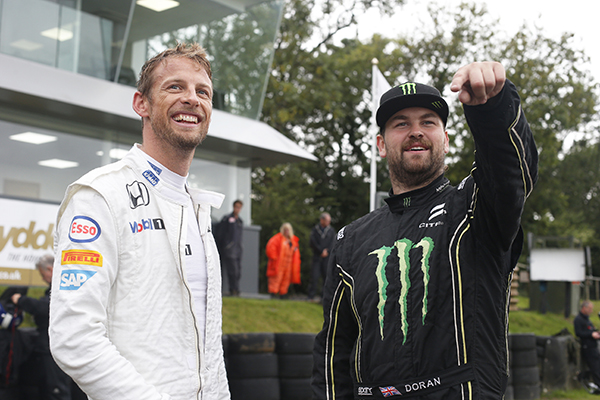 The 2009 Formula One Champion also took a moment to reminisce about his childhood as Button spoke fondly of the time he spent as a child in the rallycross paddock: “I grew up with rallycross – I used to watch my dad racing back in the mid-eighties and I used to love hearing the car. I would not have become an F1 World Champion if it hadn’t been for my dad and the grassroots of rallycross – that was where I caught the motorsport bug.  Today has brought back some really nice memories but since then, I’ve also enjoyed watching World RX on TV. I remember seeing the footage from the Finnish round of the Championship last year and today confirmed just how great it is in real life too.” 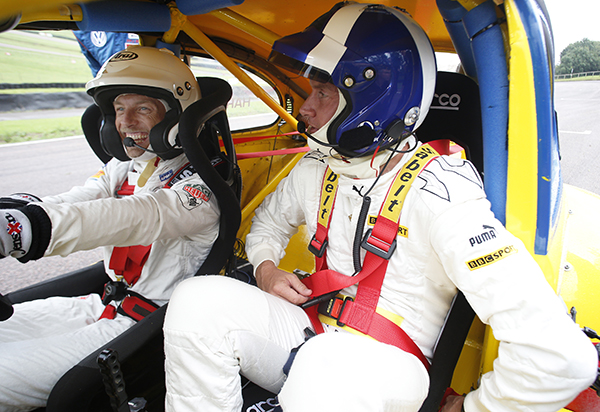 BBC F1 commentator Coulthard is no stranger to World RX having gone head-to-head with Petter Solberg in a Marklund Motorsport Polo RX Supercar at last year’s Race of Champions.

“Rallycross is highly skilled – the drivers have to deal with an ever-evolving mix of asphalt and gravel that changes from lap to lap. I have tremendous respect for rallycross drivers, because there are just so many more variables,” explained the Scotsman, who also attended last year’s Norwegian RX round in Hell. 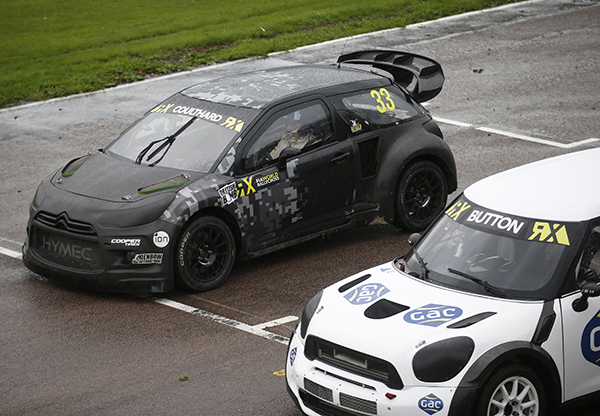 Coulthard echoed Button’s comments about the growth of the sport admitting he’s a big fan of RX.  “I think it’s a great Championship and it’s fantastic to try rallycross which has made me appreciate how skilled the guys are at driving these cars. It’s great to see that the Championship is growing so much too.  I’ve watched it a bit in the past year but you can’t play at this sport – it has serious world-class competition.  I’d absolutely recommend anyone to come along and watch rallycross – the racing is fantastic and being here in person is the only way you can truly appreciate the skill of the drivers and the power of these terrific machines.”