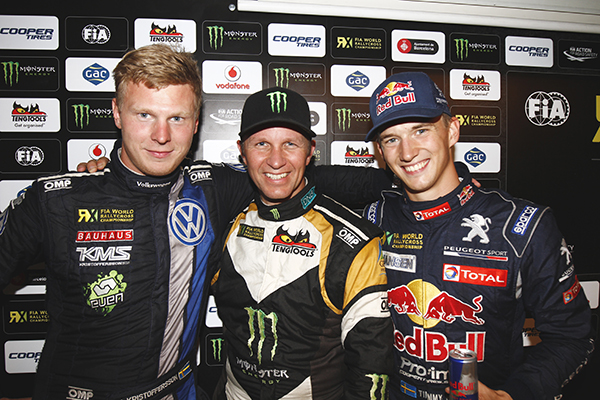 Barcelona RX also marked the penultimate round of the FIA European Rallycross Championship where Team Volkswagen Sweden’s Ole Christian Veiby took the overall victory, while Alexander Hvaal finished runner-up in his Citroen DS3. Finland’s Joni-Pekka Rajala claimed third. Tommy Rustad won on the road in his Marklund Motorsport prepared Polo RX Supercar but was excluded after post-race scrutineering where the car was found in breach of the regulations concerning driver aids. 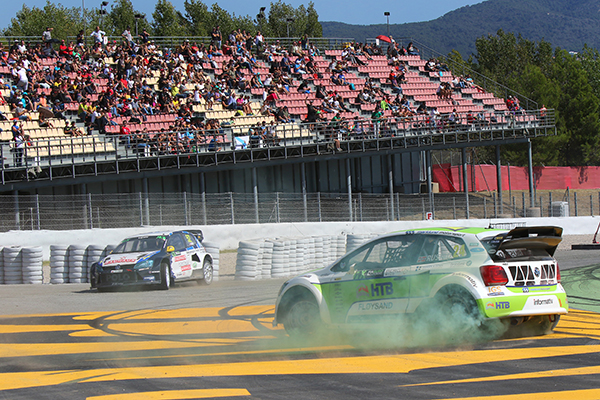 “The whole weekend we have been fighting so hard, my mechanics have been flat out trying lots of different set-ups on the car so it’s fantastic to be able to be on the podium again,” explained Barcelona RX winner Solberg. “The Peugeots were so fast again this weekend and we had some troubles in heat three when I got caught in dust and clipped a bale.  I started on the second row in the semi-final and was happy to get second but I wasn’t totally pleased with the car so we made some more set-up changes for the final.  I had a really good start from the second row and managed to get ahead.  I made a small mistake on the gravel, it was really slippery, but I saw the guys behind me also lost some time so I just kept going and managed to keep ahead.  This win means even more today because my son Oliver also won in crosskart back in Sweden – I spoke to him before the final and he was teasing me telling me I had to win because he did.  I think it worked!”

Kristoffersson – who posted the fastest lap time of the weekend in his Polo RX Supercar – was also delighted to return to the World RX podium.  “It feels great to be back in the end of event press conference,” explained the round one winner. “We’ve found a lot of speed this weekend and I had four new tyres for the semi-finals which definitely helped me push ahead of the others.  During the final, I had a better launch than Timmy off the front line but Petter managed to get round the side and so I decided to take the Joker in the first lap.  I want to take a moment to thank my team – they’ve done a fantastic job with the car, it’s been working great and I’ve loved driving it this weekend.” 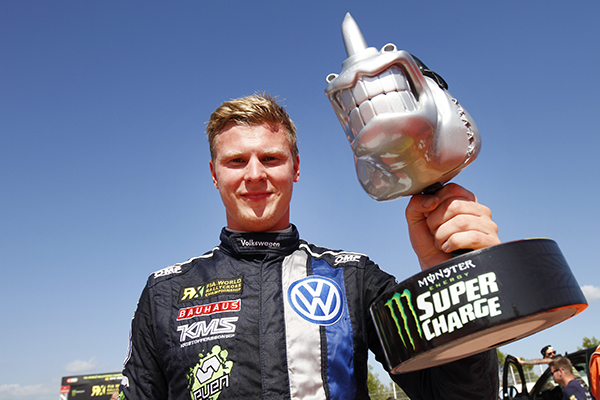 Hansen’s third place saw Team Peugeot-Hansen score its sixth podium in a row.  The 22-year-old Swede was also awarded the Monster Energy Super Charge Award after beating the other five drivers to the first corner, before Solberg managed to move ahead.  “I’ve had such a fast car this weekend, it has been so good once again. I was even surprised at some of my times, I didn’t think I had been going that quick but the lap times were really good,” explained Hansen. “My confidence grew when I got pole position but Petter got ahead and then I made a few small mistakes on the dirt after it had been watered which cost me some time.  My team were pushing me hard on the radio, and I tried as hard as I could.” 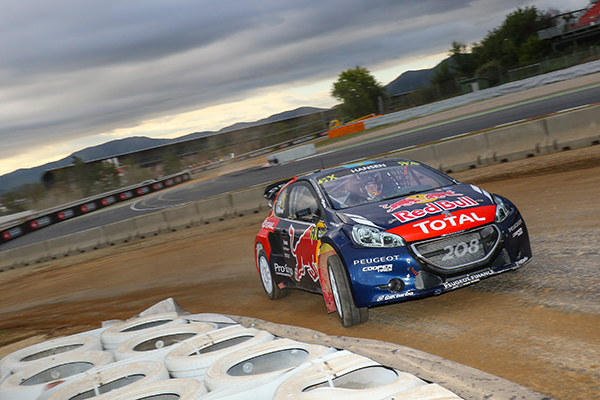 Team-mate Davy Jeanney had a strong outing in the team’s second Peugeot-Hansen and finished fourth overall.  Jeanney and Hansen’s third and fourth place position sees Team Peugeot-Hansen extend its lead over Ford Olsbergs MSE in the Teams’ Championship by 77 points.

American Tanner Foust rounded out the top five after an impressive drive in a Marklund Motorsport Polo RX Supercar. Robin Larsson finished sixth, the driver retiring from the first lap of today’s final. 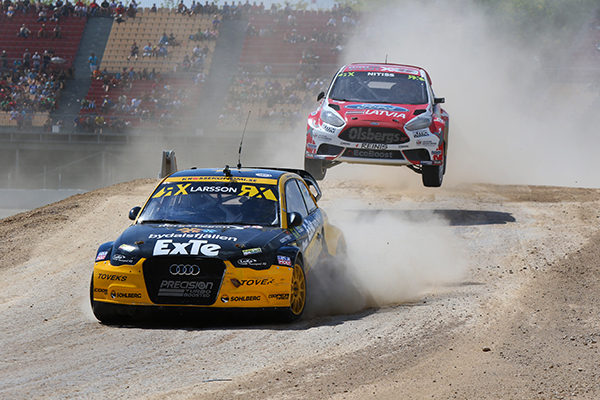 The FIA European Rallycross Championship for Super1600 and the RX Lites Cup also supported the tenth round of the World RX in Barcelona.  In S1600, it was Frenchman Andrea Dubourg who took the overall win. Following a stewards’ inquiry, Dubourg was given a penalty of eight Championship points for technical infringements but kept his victory. Hungary’s Krisztian Szabo took second place, while Janis Baumanis kept his hopes of the S1600 Championship title alive by clinching third place.  With just one S1600 round remaining, Baumanis leads Szabo by 26 points in the standings.