Argentina marked the final round of this year’s World RX presented by Monster Energy and both Solberg and Team Peugeot-Hansen’s Timmy Hansen could have taken the 2015 World RX drivers’ title in South America.  With a 26 point-lead going into the event, however, Solberg had successfully gained enough points at the Intermediate Classification to be crowned the 2015 World Champion. 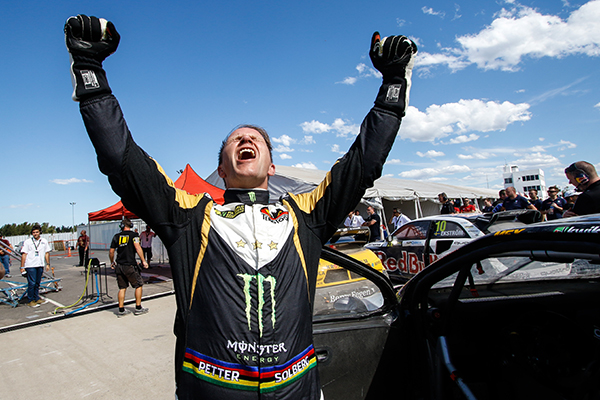 “It’s unbelievable to win another championship – and I want to thank my hard working team, who have travelled all round the world with me and share my passion for this fantastic sport,” grinned World RX Champion Solberg, who last week celebrated his 41st birthday. “It is not easy winning your second World RX title: nothing in rallycross is certain and I have been a bag of nerves today.  Rallycross is full of talented drivers and my team have fought so hard for this all year.  We have a lot of meetings coming up, and with some manufacturers, so we will see what happens.  What is most important is that I have a fantastic team and family that support me.  I will be back in 2016 for sure!” 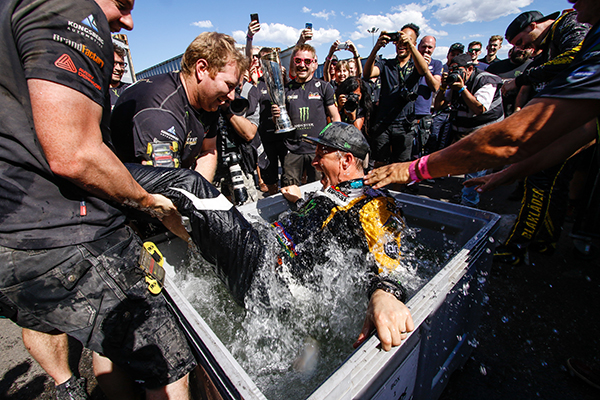 Larsson’s win today makes him the eighth different driver to take a victory in this year’s World RX.  He also won the final Monster Energy Super Charge Award of 2015 after beating the others to the first corner of today’s final.

“I will remember this win my whole life – I can’t stop smiling,” said Larsson, whose father Lars is a two-time European Rallycross Champion.  “We have one of the smallest teams in the paddock and my guys work so hard – it means an incredible amount to take this win, especially at the end of the year.  The final was like driving on ice and Mattias [Ekstrom] was so close behind me, it was a great battle.  I’m sure there will be a big party tonight!” 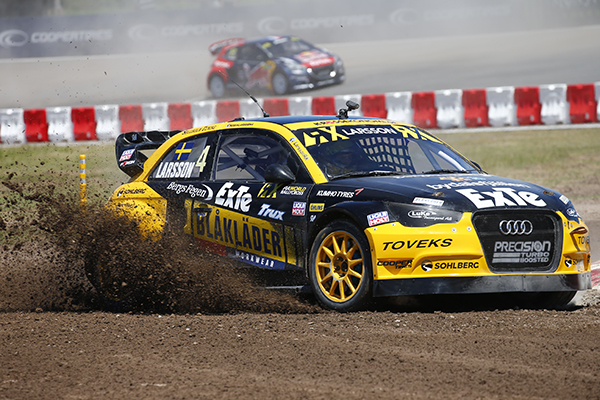 Second-placed Ekstrom commended Larsson on his efforts. “I have to say Robin did a great job – we had a really good fight.  I’m happy for Petter too, he deserves to win the Championship. We’ve showed a lot of consistency in our last four races and I think we can come back even stronger next year.”

Fourth place was taken by Janis Baumanis, the Latvian’s superb drive in the World RX Team Austria prepared Fiesta rewarding him with his best Supercar result to date.  He explained: “It’s a perfect end to the year: firstly, I win the Super1600 Championship and now I get a top five result in World RX – it couldn’t be better!” 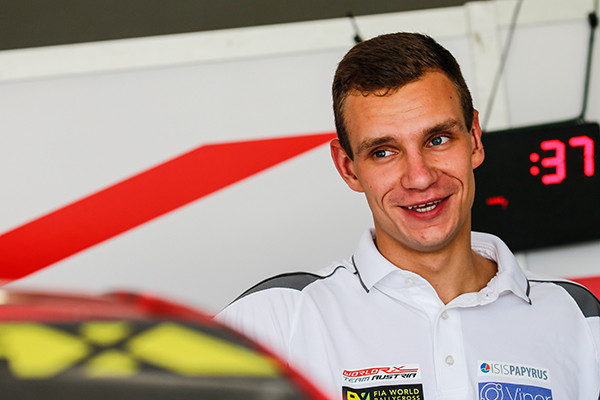 Hansen brothers Timmy and Kevin both reached the Argentina RX final but tricky track conditions saw the duo knocked out of podium contention when they made contact with each other on the fourth lap.  At just 17 years and six months, Kevin Hansen made history this weekend after being the youngest driver to race a Supercar in World RX. With only a short test ahead of Argentina, his fifth place finish is all the more impressive.  Kevin’s older brother Timmy finished sixth overall in Rosario and ends the season second the drivers’ standings – the Team Peugeot-Hansen driver having amassed a total of three World RX victories over the course of 2015 [Norway, France and Turkey]. 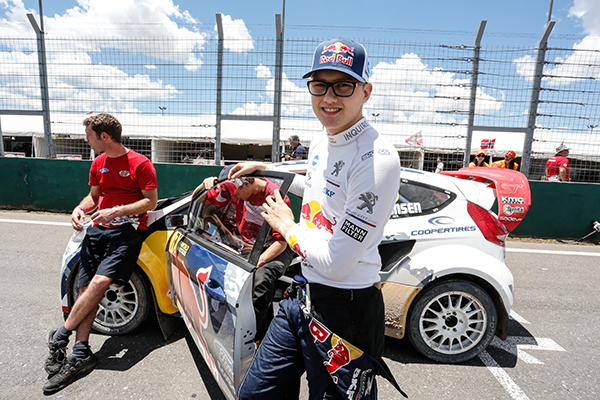 In the battle for third place in the drivers’ championship, it was Team Volkswagen Sweden’s Johan Kristoffersson who took the accolade over Ford Olsbergs MSE driver Andreas Bakkerud.  The two drivers were separated by a handful of points going into today’s event but Bakkerud’s early exit from the first semi-final saw Kristoffersson score enough points to take third.  “My engine went in the semi-final so we had to stop but thankfully we had enough to beat Andreas by two points,” explained Kristoffersson.