Norway’s Petter Solberg started his World Championship title defence in the best possible way by winning today’s Bompiso Rallycross of Portugal, the opening round of the FIA World Rallycross Championship presented by Monster Energy.  After a sensational drive in his privately run Audi A1 Supercar, Robin Larsson took the runner-up spot with EKS RX driver Topi Heikkinen rounding out the top three in his Audi S1 EKS  RX quattro.

Andreas Bakkerud narrowly missed out on a podium spot, and ended the event fourth in his Hoonigan Racing Division Ford Focus RS Supercar.  Nine-time WRC Champion Sebastien Loeb impressed on his World RX debut after he finished fifth in his Team Peugeot-Hansen run Peugeot 208 WRX Supercar.  The Frenchman was knocked out of podium contention following a transmission issue. 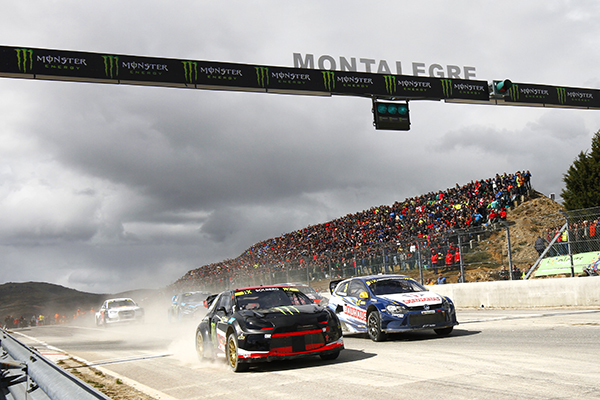 Q1 winner Johan Kristoffersson [Volkswagen RX Sweden] was awarded the coveted Monster Energy Super Charge Award after beating his competitors to the first corner of today’s final. Last year’s Montalegre RX winner was unable to repeat his 2015 victory, however, following an on-track collision with Solberg which broke a driveshaft in his VW Polo. 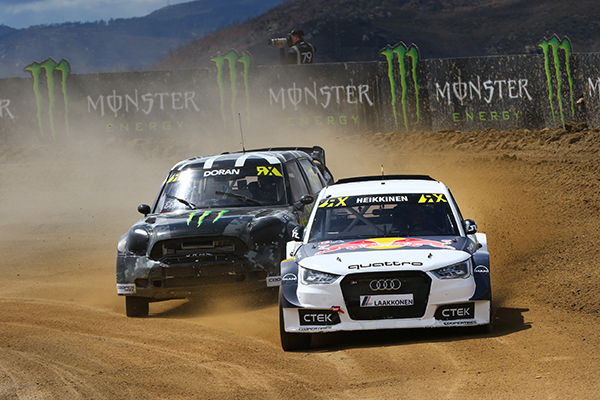 “I’m really happy – my team have put in countless hours working on the car in the factory recently and this win is for them,” explained event winner Solberg, who now tops the drivers’ standings. “At the end of Q2, I was seventh – I’ve been in worse positions but we had a team meeting and we made some set-up changes. Today started well but we had a faulty launch control system so I had to do a manual start.  For the final, we had the same problem but actually I managed okay, sometimes the old fashioned way can work! Last year we had eight different winners throughout the season and in 2016, we have three or four extra drivers who are very capable of winning events so it’s not going to be easy that’s for sure!” 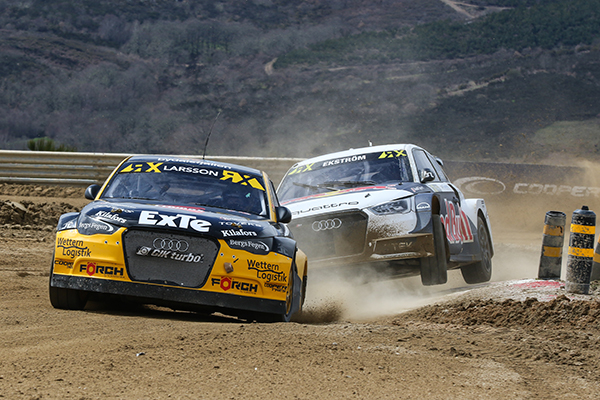 “Honestly, I didn’t expect to be here,” admitted runner-up Larsson, who was placed eighth after Q4. “Reaching the semi-final was our goal, so to make the final was a bonus and to finish second is a dream.  It has been a bit of a crazy day and to be truthful, the semi-final and the final are a blur but I know that pushed really hard!”

Third-placed Topi Heikkinen added: “It’s been a weekend of ups and downs but it’s great to be on the podium and to be leading the teams’ standings. I had a launch problem at the start of the final but I kept pushing and managed to keep out of trouble.  The season is long and there is still some work to do but generally the car feels good. It is a shame for my team-mate Mattias [Ekstrom] – he was top at the end of Q4 and it would have been good to see him in the final too.” 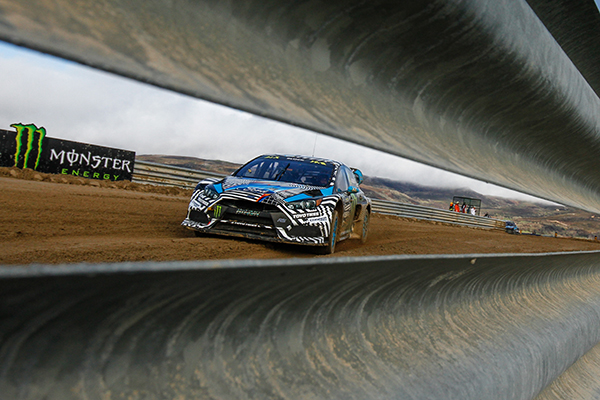 Elsewhere, it was a difficult weekend for Ken Block who struggled with a software glitch on day one which meant the throttle of his Ford Focus RS Supercar was stuck on open when the American tried to brake into a corner.

Last year’s runner-up Timmy Hansen was placed ninth at the Intermediate Classification but retired in the semi-finals after losing his car’s power steering following contact with Ekstrom in turn one. Olsbergs MSE driver Kevin Eriksson and JRM Racing’s Liam Doran both made it to today’s semi-finals, finishing eighth and tenth respectively. 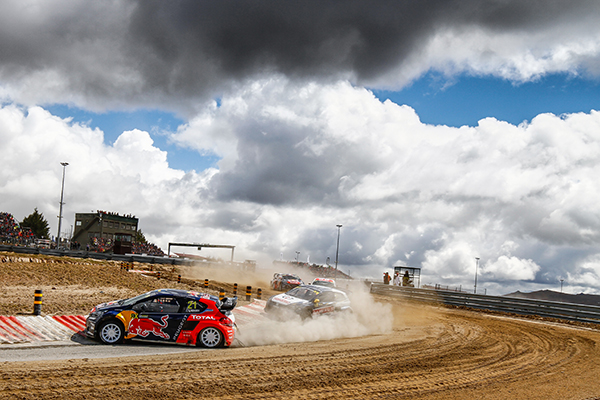 In the Super1600 Championship, which saw a record-breaking 33 cars entered, it was Denmark’s Ulrik Linnemann who took the round one victory. Portugal’s Mario Barbosa took the runner-up spot in front of an ecstatic home crowd.  Third place was taken by Russia’s Timur Shigaboutdinov

Paul Bellamy, World RX Managing Director for IMG, concluded: “Today we had a sell-out crowd in Montalegre with more than 10,000 fans. After relentless rain yesterday and most of Friday, we were blessed with dry weather for the majority of today and it was excellent to see packed grandstands and such passionate fans who clearly love to see close racing. We had five different manufacturers in the final with Citroen, Volkswagen, Peugeot, Audi and Ford Supercars all represented, which just goes to show how fiercely competitive our Championship has become.  Credit to Petter Solberg who took the win – despite suffering some technical problems, his flat out driving style and tenacity out on track certainly proves why he is our reigning Champion.”

Round two of World RX will take place in three weeks’ time as the World Championship returns to Hockenheim in Germany to join DTM for a double header of motorsport action.