Reigning Champion and series leader Mattias Ekstrom finished the event fourth, putting an end to the EKS driver’s winning streak [having won the season’s first three rounds in Barcelona, Montalegre and Hockenheim].  Kristoffersson’s triumph in Belgium has edged the Swede closer to Ekstrom in the overall standings as the two drivers are now separated by only three points.

“The team learned a lesson from Hockenheim – this weekend we got it right and it’s great to have Petter on the podium with me too,” beamed Kristoffersson, who was also top qualifier after the event’s four qualifying sessions.

He added: “We took a slightly different approach for Mettet and this has been a fantastic team effort.  It started to rain slightly before the semi-final, I had some wheel spin and Timmy made a really good start. After my puncture in Q4, I was nervous to push to the limit so I drove more steadily and then I made a big mistake in the Joker. The final was much better – I had a good start and the Joker this time was perfect. Timmy and Petter made contact half-way through the final and then the race came together for me.  Mattias wasn’t as brilliantly fast as he has been previously so that obviously helped us too.  We need to keep working hard and it’s all about collecting points – it’s a very tight fight now.” 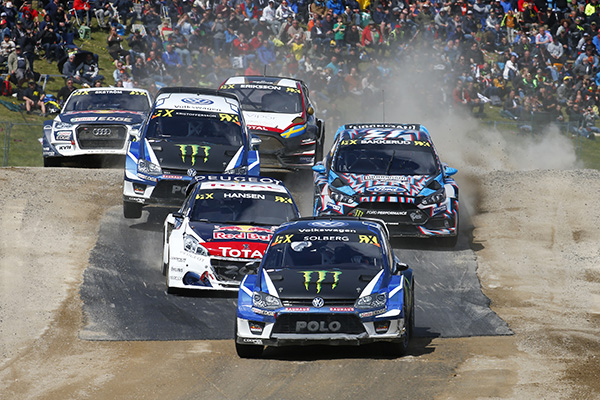 Hansen was on course to win today’s final but a front-left puncture on his Peugeot 208 WRX Supercar hindered his progress in the final lap, allowing Kristoffersson to take the lead.  Hansen and Solberg were separated by just 0.009 seconds as they crossed the finish line in second and third respectively.

Hansen took up the story: “The final was so, so close. I made a fantastic start in the semi-final and managed to get on the front row of the final. The Volkswagens have been so fast this weekend and I was surprised I could follow and then I made a really good pass on Petter in the third lap.  The next few minutes were some of the best of my life and I was pushing so hard– those kind of moments are what you live for and then unfortunately I got a puncture on the last lap. I was so close to a win but hopefully it will come soon.” 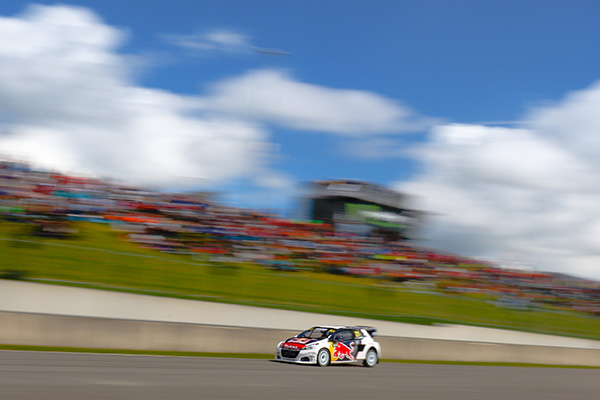 Solberg commended his team-mate’s victory and first win for of the year for the Volkswagen Polo GTI Supercar. “Well done to Johan – he has done so well in the first four events and has been consistently fast. The whole team has worked very hard – to have both cars in the final for the fourth consecutive race is a great weekend. On a personal level, three punctures this weekend really compromised my tyre strategy and for the final we really didn’t have much left to choose from – but we made it.”

Despite securing the Monster Energy Super Charge Award for the fastest reaction time off the line in today’s final, Andreas Bakkerud got stuck in turn one traffic which saw him drop behind the top three.  The Norwegian was later caught in the tussle between Solberg and Hansen, which saw him collide with a tyre wall and cause his retirement.  Last year’s Germany RX winner Kevin Eriksson had a strong outing for MJP Racing Team Austria to finish the event fifth overall – the Swede’s best result in 2017 so far. 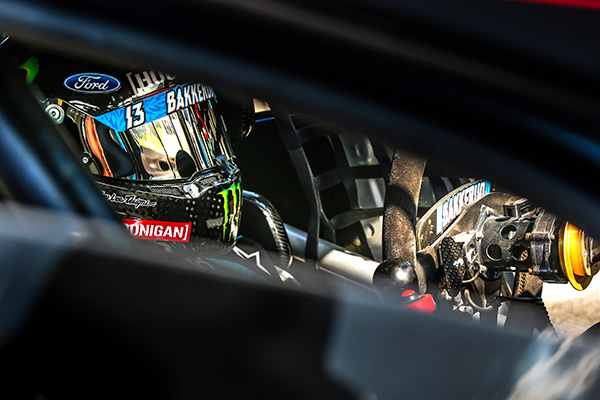 Frenchman Sebastien Loeb was seventh overall – the Team Peugeot-Hansen driver spun in turn one of his semi-final and damaged his car. America’s Ken Block secured his best result of the year in eighth overall. STARD’s Timur Timerzyanov and MJP Racing Team Austria’s Timo Scheider were ninth and tenth respectively.

In the opening round of the RX2 International Series presented by Cooper Tires, it was Frenchman Cyril Raymond who took the first victory of the year.  Great Britain’s Dan Rooke finished second, while America’s Tanner Whitten took the final podium spot.  Simon Olofsson was leading the final until his car suffered a puncture and spun into the wall.

Round one winner Raymond commented: “It was a crazy weekend for me – I was very unlucky after Q2 when I was 15th and then this morning I had a problem with my engine which was even more disappointing. After that I came back much stronger, winning my semi-final and the front row of the final – it is a perfect start to my season.” 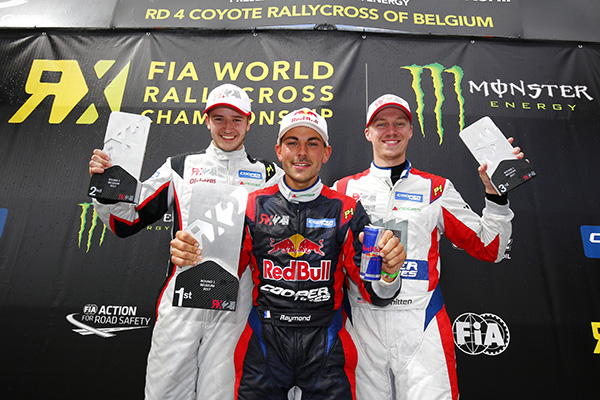 In the second round of the FIA European Rallycross Championship for TouringCar it was Lars-Oivind Enerberg who took the win.  Anders Braten was second while Philip Gehrman took the third podium spot. In the overall standings, Enerberg and Gehrman are tied with 48 points apiece.

The FIA European Rallycross Championship for Super1600 also had its second round at Mettet, where top qualifier Artis Baumanis crashed out of the lead of the final. Kasparas Navickas was the winner of the front-wheel driver category, Janno Ligur was second and Jussi-Petteri Leppihalme third.