We from RX-inside allready know him for a while. He is a big friend of ours and a great character in the paddock! As a former Junior-WRC driver he got infected with the Rallycross bug and now he is dreaming big. His name: Lukacs Kornel aka “CSUCSU”. We spoke with the young Hungarian.

As a former rally-driver, how did you get infected by the Rallycross virus?
“Immediately!! 😀 Before I started the Rallycross I had really bad 2-3 months at the Junior World Rally Championship. I was sad, I was not sure about my future and dreams. There was a Hungarian Rx round, and my friend who owns a supercar, told me: “Let’s try my car and you will see how good it is.” After the first test I felt the huge power and on the race I realized, I’m home!” 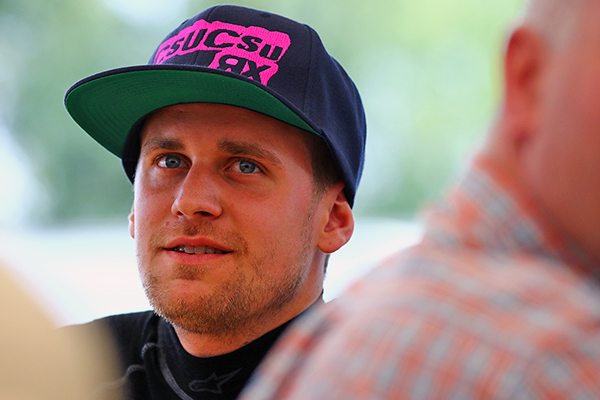 Not many people know you have tested the VW Scirocco ex Jochen Coox. Eventually you bought the Ford Focus of Koen Pauwels. Was it possible to fight with the frontrunners in EuroRX in 2016 ?
“Apparently the Rallycross is growing up really fast. This year you can see 2-3 cars in Euro RX which were winner of the World RX last year. Last year was my first year in Euro RX, so it was a learning year, how to drive in RX. It is quite a surprise that I was 4th in Mettet last year with the Ford Focus. I was happy that we could do good results with that car. Of course this year is my first time at WRX, so I need to collect a lot of experience.“ 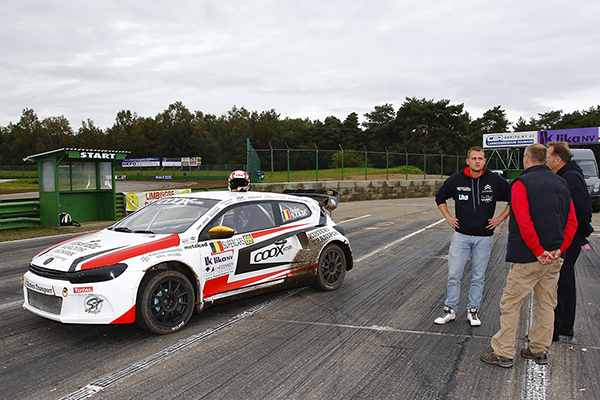 Before the season 2017 you signed with Gigi Galli to compete a full WorldRX. Was this your best option for 2017? Did you want to do WorldRX or was EuroRX also an option?
“During the winter I started to work with Stefano Favaro, who was the manager of the Hungarian MotoGp 125cc champion Gábor Talmácsi. First I just wanted to do EuroRX, but Stefano told me: “Dare to dream big and let’s go to the World RX.” After this decision we started to work hard to make the dreams come true. This was the best that could happen with me. Gigi is really professional, the car technically well prepared, and he can help me on the setups and he also gives me some useful driving advices. This year is the first time in the WRX for the whole team, so we just trying to collect data and we would like to achieve some small results.“ 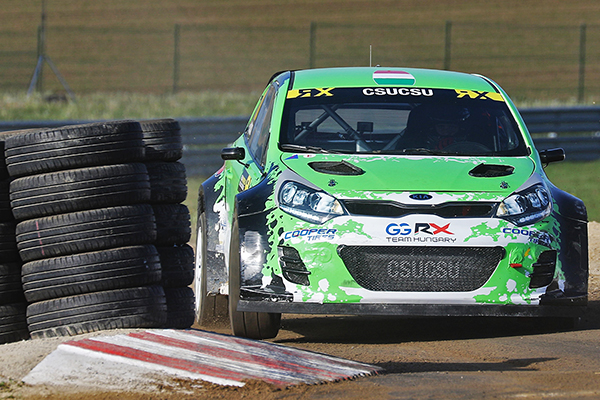 At the moment you can’t match the speed of the top 12 in WorldRX, what can you improve to the car to get more competitive?
“In Mettet, my fastest lap was enough for the 13th place. In Barcelona, I had a lap where the fastest car was only 1 second quicker, so I think the car is competitive. On the other hand I need to learn, how to race and how to fight. When I am driving alone, the speed is satisfying but racing with five cars side by side is very difficult.” 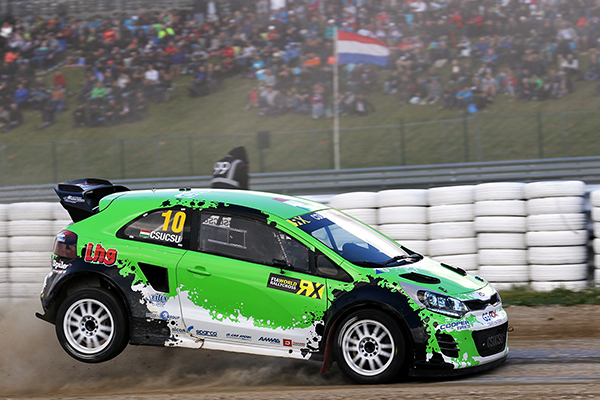 What are your favorite tracks and what races are you looking forward to?
“I prefer more those typical Rallycross tracks, where there are wide and fast corners. I was watching some video from Lydden, I think it will fit to my driving style and I also have some experience from Höljes, actually that is one of my favorite. Though the Nr.1 is Nyirád, it is a Hungarian track, where I did my first event and made many tests, so I know it very well. It would be amazing one day to have a Hungarian WRX event, so I could race on that track.“ 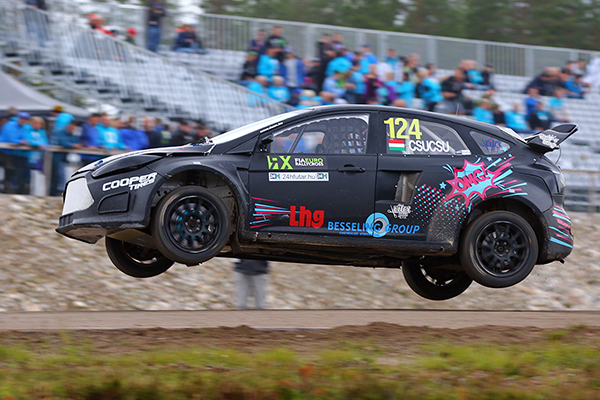 Your dad is always travelling with you, what does he mean for you? Did your dad already try your Rallycross car? 😉
“When I started to race, he was my instructor. He is a great driver, he was the Hungarian Champion in Hill Climb and Rally Raid. He comes with us as a dad, just see the others driving styles and he always tries to help where could I improve my driving technique. He didn’t try the Kia Rio, he knows that it is like a gun, and he is too old for it. Haha!” 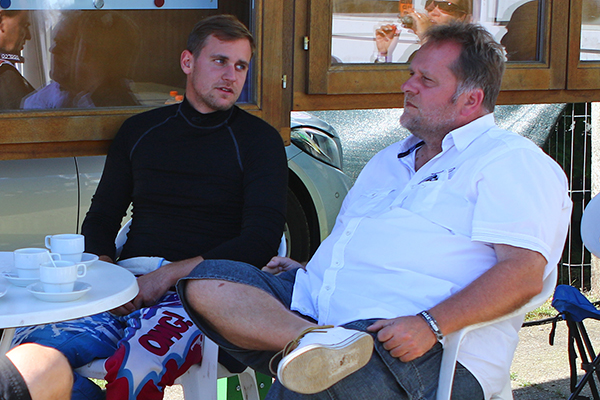 What result would you be happy with when the 2017 season is finished?
“If I will be able to race well on the weekends, and reach the semi sometimes I will be happy. Honestly this year is all about the experience, next year I will dream even bigger!“