Back in 2016 he stormed to the title in the British Rallycross Championship. This year he wants to grab the crown in RX2! We think he is an absolute asset to the sport, a nice guy and a really fast driver! We spoke to Dan Rooke.

In 2016 you had an impressive season in the Liam Doran Citroen DS3. You became British Champion in an impressive field. How do you look back to that season and how did you adapt so quickly to a supercar?
“Looking back into 2016 it really was a fantastic season! I managed to achieve above and beyond any of my expectations and I’m so happy to have come out on top in what has been said to have been the most competitive BRX season in a long time! To be honest, I’m not sure how I managed to adapt to the supercar so fast, I think going along with Liam and spotting for him at the beginning of the year helped a lot. I was able to see how the World RX boys drove the cars and picked up on what I could see and tried applying it to my own driving.” 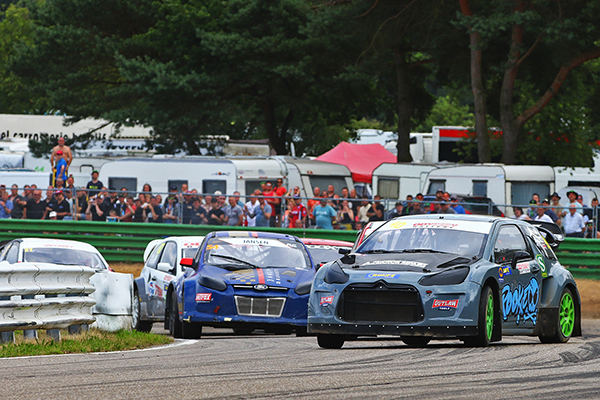 In 2017 you swapped to RX2. What made you decide to go for RX2? Was driving another year in Supercar BRX an option or was driving the IMG championship priority?
“To be honest, we entered the off season hoping to do another year in BRX supercars but we weren’t able to get the budget together in time. Instead of struggling to do the championship with a small budget, I decided it would look best to have a season on the sidelines. That’s when the option to race RX2 arose. I had a phone call from Andreas Eriksson suggesting I looked at the series and from there I managed to get the budget and haven’t looked back since! The move to RX2 was definitely the right move and I’m pleased to have done it!”

At the moment you are 2nd in the standings of the RX2 Championship, only 4 points behind Cyril Raymond. What is your goal this season?
“Before round 1 the aim was to get track experience of the different circuits and possible make the final at each round. However, after the first 2 rounds and being second on the podium both times, I think my goals for the season have definitely changed and I need to pursue the championship.” 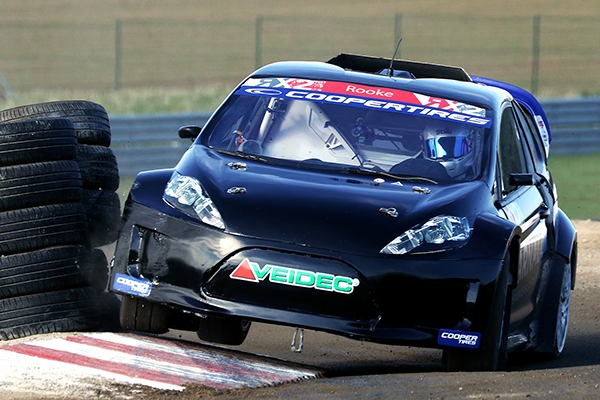 Apart from the number of horsepower… What are the differences or similarities between a RX2-car and a Supercar?
“Obviously they’re both 4 wheel-drive which would make you think they both handle very similar but because the RX2 has a mid mounted engine, the weight distribution is very different. It means you have to try and avoiding getting the car sideways because the weight of the car soon gets thrown and puts you into a bigger slide than intended. It also means the main grip is in a different place so you have to set the car up differently to a supercar where most of the weight is in the front.” 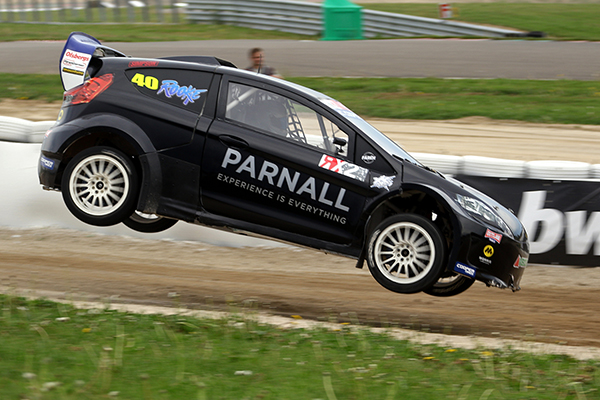 What is your favorite track?
“So far my favourite track has to be Lydden Hill but we well see what the rest of the season brings.”

What Supercar are you dreaming to drive (in current WRX)?
“VW Polo GTi”

Who is your idol?
“When I was younger I used to watch Petter in the WRC but since being more involved in RX I’d say Bakkerud has stood out for me as we have come from a similar background and I’d love to make it to the same level.”

Who will be World Champion Supercar 2017?
“It’s going to be a very tough battle but looking at the results so far, I’d say Kristoffersson will pip it at the end.”

When will we see Dan Rooke in WRX Supercar?
“Unsure! Hopefully soon!”