In the final round of the RX2 International Series presented by Cooper Tires  Frenchman Cyril Raymond rounded off a near-perfect season by taking his sixth win in the highly competitive seven-event feeder series.  Great Britain’s Dan Rooke had a troubled final when he rolled his car on lap two, causing the race to be red-flagged.  Despite this mishap, Rooke secured second in the 2017 standings.  Sondre Evjen and Tanner Whitten finished second and third in Cape Town. Belgium’s Guillaume De-Ridder claimed third in the end of year leaderboard.

“It’s fantastic to wrap up the teams’ and drivers’ championship and to also take the win at the final round of the season,” grinned 2017 World RX Champion Kristoffersson who won a staggering seven out of 12 events this season.  “The team has worked so hard this year and ten podium results is credit to how fantastic everyone has been. Obviously to break records in World RX is an amazing feeling but to have won the World Championship is so unbelievably special. It was a good weekend all round – I had a slow puncture in the semi-final but I got a really good launch in the final and when I got clear space I was able to manage the gap back from Timmy and Mattias, as well as manage the tyres well.  Thanks to everyone for such a memorable season – I’m really looking forward to being back with VW in 2018.”

Runner-up Hansen added: “This has been one of the best weekends I’ve had this year and it’s great to finish on a high including my two qualifying wins. I really wanted to take the victory for Peugeot and this weekend we were so close – I gave it everything I had in the final but I lost a little bit too much in the first lap to be able to get ahead of Johan. The 208 has been fantastic all year and it worked especially well at this track.”

Ekstrom’s reactions were fastest of today’s six finalists, rewarding him with the final Monster Energy Super Charge Award of 2017.  Despite losing his World RX crown to Kristoffersson, Ekstrom praised the new World Champion. “Sometimes you’re in front and sometime you’re behind – that’s just how it goes and Johan definitely deserves the win today and the World Championship too. Timmy was really fast this weekend too, but to be honest, everybody wants to win – World RX has now reached a level where everyone will battle for everything.”

When asked about the new Cape Town RX event, Ekstrom praised the enthusiasm of the South African fans.  “The grandstands were full this weekend and the atmosphere and support from everyone here was amazing.”

Solberg finished fourth in Cape Town and finished the season third in the driver standings – five points adrift of Ekstrom.   “Of course it’s a little bit disappointing not to take the silver,” admitted Solberg. “I am so proud of what we have done. Johan has broken so many records this year and the whole team, everybody in PSRX Volkswagen Sweden has worked and played so hard – this weekend and this year is because of them and I can’t thank them all enough.”

MJP Racing Team Austria’s Timo Scheider’s rounded out the top five in Cape Town after an impressive rookie season at the wheel of his Ford Fiesta.  Kevin Hansen finished sixth, the Swede having retired shortly after the start with transmission problems.

In what marked the final event for the Hoonigan Racing Division, America’s Ken Block showed fantastic pace. He led the event overnight and finished second in semi-final one but was later disqualified as his car was found to be underweight.

Nine-time WRC Champion Sebastien Loeb retired on the final lap of today’s second semi-final but rounded off the season fourth in the overall standings – 13 points ahead of his team-mate Hansen who ends the year in fifth place.

Home favourites Mark Cronje and Ashley Haigh-Smith received tremendous support on their World RX debuts but neither driver made the semi-finals. 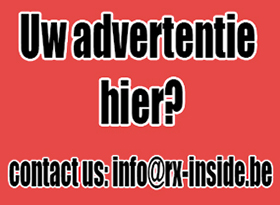