He was the European Rallycross Champion S1600 back in 2009. In 2010 he stepped up to Supercars. We think it is one of the biggest talents from Norway… his name Mats Lysen! The young Norwegian tested a RX2 recently. We spoke to Mats.

It has been a while since we saw you in action in the European Rallycross Championship. We have to go back to 2013 when you drove the Renault Clio. What have you been up to since then? And was there ever a moment in these years you thought a comeback would be possible?
“I have been doing rallying the last two years with a Mitsubishi. I was always hoping for a comeback in rallycross, and have been working hard for it over many years. But I haven’t really find a good solution for it the last years.”

Recently you tested a RX2 car. How did this opportunity come to you and how did it go?
“I have support from rx evolution in Norway. It is a rallycross school in Norway who are helping to develop drivers. So they helped me to get a test from Glenn Haug Motorsport. It was a lot of fun to try a rx car again! It was just a small test, but it felt like I still can be fast on the track.” 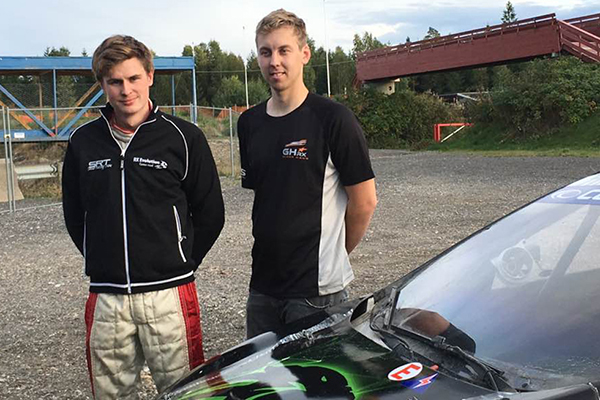 Is there any chance we will see you back in Rallycross in the future, maybe in RX2?
“I really hope to be back! But I have to find the budget for it, and that’s the problem. But I will keep on working for it!”

What do you think of the development RX made in the last few years?
“The development has been huge! It’s so much professional teams now, with big budget.”

What is your favorite Supercar on the current grid? And driver?
“The Volkswagen Polo looks great for the moment! I don’t really have a favorite driver. But i’m really impressed over the level on many of them!”

Thank you Mats Lysen for your time and we hope to see you back in Rallycross! The sooner the better!!