In an exciting new chapter for the Swedish team, brothers Timmy and Kevin will field a pair of Peugeot 208 Supercars. An ever-present force in World RX since its inception in 2014, Hansen Motorsport has clinched multiple wins including the 2015 Teams’ Championship. The 2019 World RX entry comes after a period described by Team Principal Kenneth Hansen, holder of 14 FIA European Rallycross Championship titles, as the most challenging in the Scandinavian squad’s history.

“The months following Peugeot Sport’s decision to close their RX activity – which saw the Hansen family stranded without a team and programme – have been some of our toughest ever,” Kenneth said. “Since then, with a commitment deeply rooted in our love for rallycross, Hansen Motorsport has used almost every single waking hour to find ways and possibilities to get a team and budget together to be able to return to World RX.”

Max J. Pucher, the owner of MJP Racing, added: “It was a great moment when Kenneth and I decided to do more together in 2019, as we have an almost similar vision for the future of rallycross. Kenneth worked really hard on this, and I am very glad that Team HANSEN MJP is now a part of World RX. I look forward to more rallycross than ever in 2019.”

Widely regarded as a champion in waiting, Timmy Hansen has concluded every season inside the top six in the World RX standings, racing to five victories and 24 podium finishes as well as the 2015 World Championship runner-up laurels. As he looks ahead to the forthcoming campaign, the 26-year-old is primed to fight for the biggest prize in international rallycross. 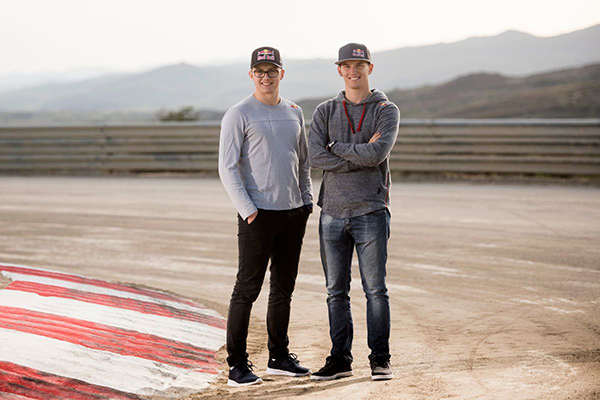 “It feels like it’s been a long winter since our last rallycross race in South Africa in November, so it’s brilliant to confirm that we’ll be back in the World Championship,” he said. “For a long time, we genuinely weren’t sure if we were going to make it or not so it’s a huge relief to know we will be there and I couldn’t be more excited right now.

“Looking at the drivers and teams confirmed so far, it’s shaping up to be a competitive season with a very level playing field. The addition of a couple of new tracks only adds to the unpredictability, but I have a fantastic team of people around me, the 208 WRX is a great car that I feel very comfortable in. We have an incredibly busy year ahead, but I can’t wait to get out to Abu Dhabi and see how we shape up.

“To everybody that has believed in Hansen Motorsport, believed in rallycross as an amazing sport and believed that together, we have more to give, we cannot thank you all enough. Now we have new goals to focus on, new challenges, new races and – hopefully – new victories to conquer.”

Despite his age, younger brother Kevin Hansen already has a long career in rallycross under his belt, going all the way back to 2013 and yielding titles in the RX Lites Cup and FIA European Rallycross Championship for Supercars – the latter earning him the most coveted award of all for newcomers, the FIA Rookie of the Year Award in 2016.

Since then, the 20-year-old has consistently impressed on the World Championship stage as he cements his status as one of the sport’s fastest-rising stars.

“It feels amazing to return to World RX as a proper family team,” he said. “We have worked so hard to make this happen, and to finally be able to say I’m a driver for Team HANSEN MJP is crazy. Wow – what a journey we’ve been on. “After two full seasons in World RX, I really feel that I’ve found my feet in the series and that I’m capable of taking on the very best drivers in the discipline. The next step is to begin pushing for podium finishes. That’s clearly going to be no easy task with so many quick drivers, teams and cars signed up, but it’s what I need to be aiming for and if I can achieve podiums, why not target a first win..?”

Team Manager Susann Hansen reiterated that it had been a monumental task to put all the pieces in place for the World RX entry. “We were mentally and emotionally at rock-bottom for a while, but now, finally, we are back,” she said.

“It’s a big relief. During the hard times, we have been overwhelmed by the support we have received from our partners, suppliers and fans, and despite what initially looked like an almost impossible task, step-by-step, we chipped away and now here we are.

“We have some amazing partners who have made this announcement possible, and we look forward to rewarding them throughout the year with strong on-track performances and a committed title challenge.”