For the 2019 season, the 29-year-old will join the brand-new TitansRX Europe Series. “We have known Andrew for some time and are very happy to welcome him on board. He is a highly skilled and exciting driver,” series promoter Max J. Pucher said.

“Having started my career in Rallycross, I have always loved the sport and re-joined whenever possible. Competing in World series events most recently, I managed to meet Max (Pucher) who signed me for several races over the last two years. I really enjoyed working with them and hearing about his plans moving forward and seeing how ambitious he was, I straight away wanted to be involved”, Jordan was all smiles.

“The level of drivers that will be competing from many different areas of motorsport is fantastic and I can’t wait to test myself against these great drivers”, he added.

The TitansRX Championship will take off on June 29/30 in Dreux, France. 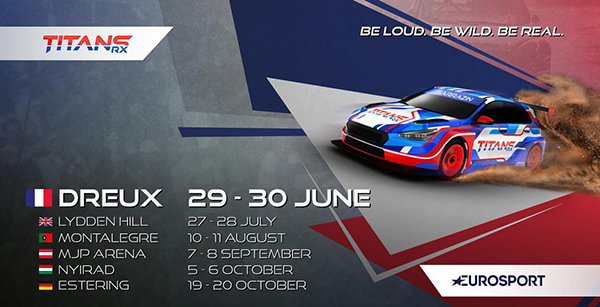