ESmotorsport-Labas Gas has signed Netherlands’ Kevin Abbring to race for the team in the World RX of Norway, round five of the FIA World Rallycross Championship at Hell.

The official entry list revealed by the FIA shows Abbring in the Skoda Fabia raced in the first two rounds of World RX, in Abu Dhabi and Catalunya by Rokas Baciuska, then by Belgium’s Francois Duval. Former rally driver Abbring has worked with the team for some time as a test driver, and has now been promoted to a race seat.

As it was announced during the SpeedMachine Festival on Sunday in the UK, Baciuska will race for GCK Academy going forward, starting at Hell in a third Renault Megane RS RX for the GCK team. Finland’s Jani Paasonen will also compete in the event in the second Team STARD Ford Fiesta, alongside regular driver Janis Baumanis. 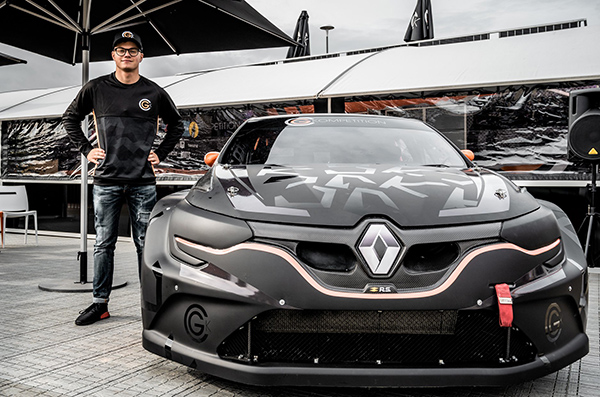 A total of 39 Supercars will race in Norway, with second round of the FIA European Rallycross Championship for Supercar also taking place in Hell. On top of the regular Euro RX Supercar competitors, Belgium’s Enzo Ide will make his second rallycross Supercar start in a JC Raceteknik run Audi S1, the car he used in the Spa World RX of Belgium. Local drivers Ole Kristian Temte (Citroen C4), Stein Egil Jenssen (Ford Focus) and Hans-Joran Ostreng (Citroen DS3) have also signed up to complete in their home round of Euro RX, as Mario Barbosa (Citroen DS3) will make the journey from Portugal to the first Scandinavian round of the season.